We are in the sixth mass extinction

More than two thirds of the world's wildlife could be gone by the end of the decade if action isn't taken soon, a new report from the World Wildlife Fund revealed on Thursday.


Since 1970, there has already been a 58% overall decline in the numbers of fish, mammals, birds and reptiles worldwide, according to the WWF's latest bi-annual living planet index.
If accurate, that means wildlife across the globe is vanishing at a rate of 2% a year.
"This is definitely human impact, we're in the sixth mass extinction. There's only been five before this and we're definitely in the sixth," WWF conservation scientist Martin Taylor told CNN. 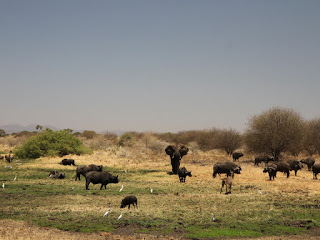